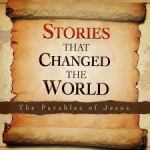 When I was in college, the Dave Matthews Band had just become the biggest band in the country.They were coming to the Omni in Atlanta (the arena before Philips Arena) on their first major concert tour and some friends and I decided that we would make the trip over to see them. Tickets for the show went on sale about three months before the actual show. We wanted good seats and also wanted to ensure that we got tickets in general, as the show was sure to sell out in quick fashion. We arrived at the Blockbuster music store at 6 AM on a Saturday to get in line for the tickets that went on sale at 10 AM. We were the second group of people to arrive, sure that we were about to get incredible seats for the show. As the morning went on, more and more people got in line, at least 100 people just at this one store. We were glad we got there at 6 AM. About 9:45 the store manager came out holding a bucket. He announced to the crowd that we were going to do a lottery for the tickets. Wait a second; no matter when someone got in line, they had the same chance of getting tickets as those of us who had been standing there for four hours? Out of the 4 people in our group, the highest number we drew was 42. The person who drew #1 was way back at the end of the line, they had probably gotten there about 5 minutes before the lottery drawing. They came out of the store a few minutes later with front row seats. We didn’t get tickets.

This week, we begin a series called Stories That Changed the World focusing on the parables of Jesus. Our first parable tells a similar story to my experience waiting in line for concert tickets. Where you see yourself in line makes all the difference in how you hear Jesus’ words. On a weekend when we celebrate the birth of our nation, we will wrestle with the question of is God fair?

I hope you have a wonderful time with family and friends celebrating the 4th of July this weekend. I look forward to seeing you at our combined 10 AM worship on Sunday. Invite someone to experience God’s grace with you as we seek, serve, and grow together.