Jesus called his disciples to him and said, “I assure you that this poor widow has put in more than everyone who’s been putting money into the treasury.”  Mark 12:43

Admittedly, I have a habit of associating much of what happens in the world with the Biblical story. This past weekend I managed to tie 311 lyrics together with Colossians 3 for my brother’s wedding. Sometimes I even impress myself. 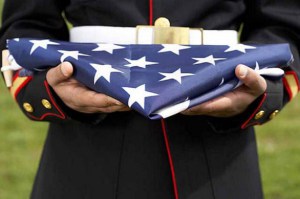 In many experiences with people grieving the loss of a loved one, I have learned two things:

It’s never easy to walk with someone through losing a loved one.

It’s far easier to say the wrong thing rather than the right thing.

I commend POTUS for calling her. I understand that perhaps what he said wasn’t what he meant to say. Maybe the moment overwhelmed him and he tripped over his words. I realize I’m stretching the benefit of the doubt.

Here is where this gets problematic for me; we know that the POTUS is a bully who especially enjoys belittling women and people of color. At the very least he could have hung up the phone and not said another word about their conversation. Instead, he lied about what happened and took to Twitter to call Myeshia Johnson a liar. So, either a man who lies like its going out of style is lying or a grieving Gold Star widow is lying. You decide, right?

I cannot imagine the grief that Myeshia Johnson is experiencing right now. I cannot fathom the immense pain she feels. I do know that like the widow in the Gospels, she gave her all.  She continues to give her all. Like the widow in the Gospels, she inspires others to give more. Her might in standing up to a bully in this most difficult time is inspiring. I hope her might encourages us to each find our own might and say, “enough is enough.”