People have begun to descend on Jerusalem for the festival of Passover. There is typically one grand entry into Jerusalem, however this year something is different. There are two parades. 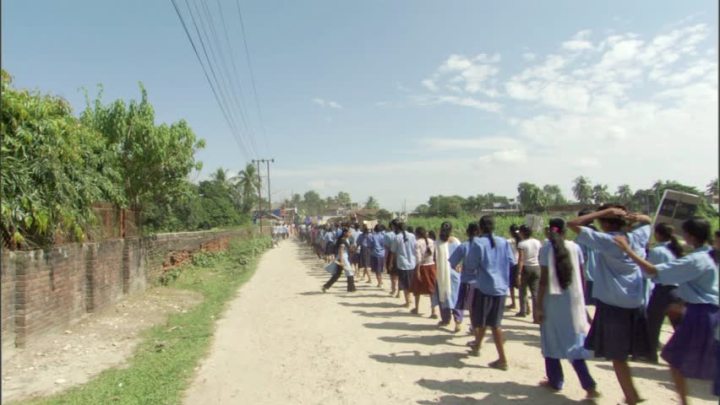 One parade comes from the West, the procession of the Roman Empire led by the Governor Pontius Pilate. Pilate is not coming because he is an overly religious man, rather he comes as a show of power, of force. He comes to be seen and to keep an eye on things. In Roman Empire theology, the emperor is not only the ruler of the empire but is considered to be the Son of God. There are Roman cavalry and soldiers with him. This is a military parade, meant to strike fear into the people. No doubt Pilate has expected a big crowd for his entry because he represents the empire, oppressive as it is.

From the East comes another parade, that of Jesus and the disciples. They are coming from the city of Jericho. A bit of a geography lesson here. Jericho was only about 12 miles away from Jerusalem and there was a well-traveled road between the two. But consider this. Jericho was one of the lowest cities on the earth at about 800 feet below sea level. Jerusalem is about 3000 feet above sea level. You faced an upward route through a hot, dry, and dusty desert and when you finally get to the top of the Mount of Olives you have a beautiful view of Jerusalem down below in a valley. Think of the excitement you would feel being a follower of Jesus standing there. It is Passover, but it is also kingdom time, a time when God’s saving presence would be revealed in a new way. God’s way was coming to bring about lasting change. It would have been from this point that Jesus would wait to make his entrance.

In the First Testament, there is a prophet Zechariah who wrote of two different kingdoms. A kingdom of violence and a kingdom of peace. He predicted that a king, a king of peace would come to Jerusalem riding on a colt in humility, proclaiming God’s kingdom. This is how Jesus makes his entrance.

Imagine being the crowd that day, laying your cloak down on the road, waving a palm branch, shouting Hosanna, blessed is the coming kingdom of David.

Hosanna is a Hebrew word that means exuberant praise to God, the kingdom we have been waiting for is coming

You have a decision to make today and each day following

Which parade are you in?

2 thoughts on “Which Parade Are You In?”